Which industries have the highest potential for remote work? Finance and insurance, says McKinsey & Company. There’s a catch, however. How can organizations realize this potential without compromising data security and privacy?

The consultancy found that three-quarters of activities in these sectors can be done remotely without a loss of productivity. Information security wasn’t part of the study. So what are the implications from a data protection perspective?

END_OF_DOCUMENT_TOKEN_TO_BE_REPLACED 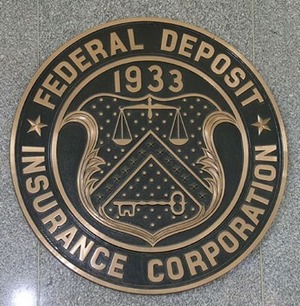 On Thursday May 12, 2016, the Congressional Subcommittee on Science, Space and Technology held a special hearing in Room 2318 of the Rayburn House Office Building.  The hearing addressed if Americans can trust their private banking information is secure by relying on the Federal Deposit Insurance Corporation (FDIC).

During the session, lawmakers stated that the FDIC has a long history of cyber-security incidents and that it is failing to safeguard private banking information of millions of Americans who rely on the FDIC.

In the last seven months alone, seven departing employees at the FDIC have left with personal banking information on thumb drives and other removable media.

While Lawrence Gross Jr., the FDIC’s CIO told lawmakers that the FDIC considered the data breaches as “inadvertent” copying of personal banking information that happened when departing employees were copying personal information to removable media, some of lawmakers called taking something that does not belong to employees as “theft”.

END_OF_DOCUMENT_TOKEN_TO_BE_REPLACED 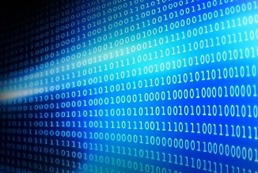 Big Data and Data Analytics are changing the way the world uses business information. The amount of data that’s created and stored daily on a global level is almost inconceivable as with each passing hour, the data grows at an amazing pace. Everything from the most trivial details of our personal lives to highly sensitive information at work is now stored and catalogued. While businesses look for ways to leverage, manage and derive insight from this vast amount of information, they also need to think hard about satisfying privacy, security and compliance all at once. This is not a trivial job, and many businesses struggle when attempting to roll Big Data and Data Analytics into a production enterprise scenario.

END_OF_DOCUMENT_TOKEN_TO_BE_REPLACED 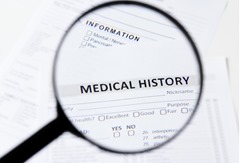 Today, nobody argues that the healthcare industry is a gold mine for the bad guys and theft of protected health information is becoming a regular event. The “Verizon 2015 Protected Health Information Data Breach Report,” indicated that 90 percent of industries in the medical and health care arena have experienced a PHI breach and with all the reports in the media, it is clear to everyone that the situation has reached a critical point.

END_OF_DOCUMENT_TOKEN_TO_BE_REPLACED

Printers are definitely not what they used to be a decade ago. They have evolved and are becoming more involved in organizations’ networks, as well as an increase in multifaceted functions that have made them vulnerable and threaten the stability of the entire network. Hackers and insiders have made their case by causing internal and external data breaches through these printers.

Nowadays although there has been a great push to secure mobile devices and their data, organizations neglect to additionally secure their network and internet-enabled printers. The reason this is such a concern now, is that from these mobile devices you are now able to print, scan to email, network drives and scan to web-hosted applications.

END_OF_DOCUMENT_TOKEN_TO_BE_REPLACED

IT security is a growing threat for businesses of every industry and no organization can be seen as safe. Hackers are learning new methods to attack web sites and networks. Most of the time employees have easy access to company information and are often unaware of how to detect and prevent these breaches because of a lack of training or lack of security for this information. The question is not if, but when will a data breach happen?

It is very clear that data breaches can no longer be protected by perimeter security. The perimeter continues to fade as a result of increasing connectivity between 3rd party partners and vendors, along with