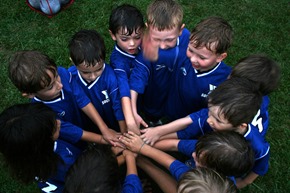 Once of the challenges of collaborating is that people are frequently working with outdated information.  Finding and using the latest documents is always a problem since most of us use numerous devices during the day and can’t always be sure what’s current.

Here’s an example of someone facing this challenge and how he overcame it with Wrapsody.

John works in the strategic planning group of an electronics manufacturer and got to participate in a new finance project which had been in planning for three months.  A task force was launched for the project including five employees from finance, marketing, and business strategy.  John started developing a business plan for the project.

Before updating the material, John had to verify he had the latest versions by checking his emails and talking with the authors over the phone.  About 30% of his time participating in the project was spent aggregating the latest documents before the briefing, holding the briefing, and sharing the feedback after the briefing.  If the business plan was changed before the final report, John needed to repeat all these steps again.

John had a lot of challenges to overcome.  First he needed to minimize the time wasted sharing documents, managing versions, and preparing a report.  Dozens of documents are shared among the members of the task force, so this could be difficult.  As different members share different versions multiple times, the same documents may be stored repeatedly on different PCs.  The document name itself may not indicate whether the document is the latest version.  If there is a need to review the progress or hold a briefing, it will take a long time to aggregate the latest documents.

John needs to create an environment to efficiently manage documents for collaboration.

By using Wrapsody all members of the task force including John and the leader store the initial version of the business plan on their PC. The members update the plan locally and when a new version is available, the leader opens it on his PC, reads the document, and adds comments, if needed. The members read the comments and make appropriate updates in their document. No additional document sharing or aggregation process or briefing is necessary.