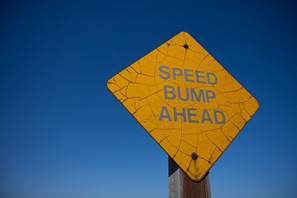 These last few weeks have been tough on cloud computing. The latest problem was the recent security breach of Sony’s Online Entertainment network.  About 25 million user accounts were compromised, including the theft of credit card information.  This follows the larger breach of Sony’s PlayStation Network (PSN) in April where 77 million users had information stolen.

About the same time as the Sony trouble, Amazon had a few hiccups with its AWS (Amazon Web Services).  AWS delivers computing services in the cloud which makes it very easy for a business to run applications at a fraction of the cost of building its own data center.  The AWS services went down in Amazon’s Virginia data center and a few notable businesses, such as Reddit and FourSquare, were off the air.

As is usual with anything related to the cloud, there are the doomsdayers and naysayers who are ready to pounce.  Many so-called experts are saying, “I told you so.  The cloud isn’t ready.  The cloud isn’t secure.  The cloud can’t handle mission critical information.  This proves the cloud is a failure.”

This sounds like all the drum beating that goes on every time a new technology arrives on the scene – especially one that threatens the status quo.  When automobiles first came on the scene, some people said they were too dangerous, cost too much, made a lot of noise, are horrible.  They were a fad and would never amount to anything.  The same happened when the interstate highway system was built in the US.  The roads were dangerous.  People got into accidents because of the high speeds.  We should go back to the old ways.  Much of this was true, but look at all the good that came from it.  There were bumps in the road as the technology and systems matured.

It’s the same with cloud computing.  We are at the beginning of the cloud computing phenomenon and of course we will hit a few speed bumps on the road to maturity.  Let me examine a few of the failures that I mentioned earlier.  The issues at Sony had nothing to do with the cloud.  The problem was a lack of security for the data Sony collected.  Security experts have examined the situation and seen that Sony didn’t implement some basic security measures.  They didn’t have proper firewalling of systems and they didn’t encrypt most of the data.  These are basics that anyone dealing with personal information must implement, whether the service is in the cloud or run in an on premise data center.

In the case of AWS, the failures were the way certain companies chose to architect and implement their systems.  There is a misconception that a business can just throw any application into the cloud and everything works magically, because the cloud provider takes care of everything.  Not so.  The same design principles apply for creating and deploying something in the cloud as do deploying something in your own data center.  You need to plan for outages and eliminate all single points of failure.  If you deploy a mission-critical application in your data center, you use clustered servers with redundant components.  Deploying a mission-critical application in the cloud needs the same redundancy.

For all the press of the failures in the cloud, let me point out a few great successes.  While Reddit went down because of the AWS failures, NetFlix didn’t skip a beat.  They developed and implemented an architecture to ensure no downtime, even in the case of a major outage.  Last week the Royal Wedding in London expected to put a strain on Twitter and YouTube, but both services came through with flying colors.  At one point, Twitter measured over 5000 tweets per second on its network.  YouTube was live streaming the wedding and had about 400 million simultaneous views.  With more people turning to Twitter, Facebook, YouTube and other cloud services for information, the cloud seems to be fairing pretty well.

There were a lot of bumps in the road on the way to creating a mature automobile.  Better breaks, seat belts, air bags, efficient engines, cruise control and windshield wipers are just a few of the things that make driving safer and more enjoyable.  Each setback lead to an improved product.  It’s the same for cloud computing.  The Sony and AWS problems point out failures of application design and implementation and now everyone is more aware of what they need to do to improve their service.

The promise and realization of cloud computing has changed the way businesses operate and deliver information to customers.  It lets a small business get its new services to market quickly.  It lets mobile users access information anywhere, at anytime and on any device.  It puts power into the hands of those who want to create exciting new ways of doing business.

A few bumps in the road are expected and needed to improve things.  Cloud computing is a new paradigm for delivering business utility and is here to stay, unless you really want to go back to the horse and buggy.