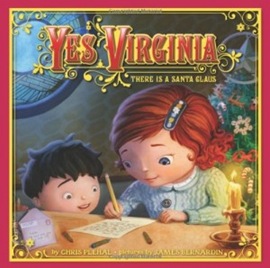 It’s been over 11 years since President Clinton signed the Electronic Signatures in Global and National Commerce Act (ESIGN) into law in the United States, yet there are still people and businesses who question the legality of electronic signatures.  This is not as crazy as it sounds, because like many things in the US, state and local laws govern many business transactions.  So don’t be surprised if you are confused.

A case in point is a recent change in New York state law that affects real estate transactions.  On September 23, 2011, New York Governor Andrew Cuomo signed into law a bill that authorizes the electronic recording of documents or instruments affecting real property.  These can be digitized images of the original, executed paper instruments or electronically executed instruments.  This adds onto the existing New York state Electronic Signatures and Records Act (ESRA), which already allowed documents signed electronically to be received, accepted, recorded and stored by government entities in an electronic format.   ESRA clarified that electronic signatures are just as binding as hand-written signatures.

Another interesting example is from the Pacific Marine Credit Union in California.  They just started offering members the ability to open accounts and apply for loans online.  Since many of its members are in the military, it’s important to have the option of doing this remotely.  Using an electronic signature speeds the process and also helps the credit union comply with additional financial disclosure regulations.  There is nothing in California law that prevented the credit union from adopting electronic signatures earlier.  For whatever reason they only chose to do it now.

The state laws in the US are modeled after the Uniform Electronic Transactions Act (UETA).  Currently 47 states, the District of Columbia, Puerto Rico, and the Virgin Islands have adopted UETA.  Illinois, New York and Washington have not adopted the uniform act, but have statutes pertaining to electronic transactions.  Why someone would choose not to use electronic signatures if available is beyond me, but this is why there is confusion as to its validity and legality.

Rest assured that you can legally use electronic signatures for transactions.  They are easy to use and save a lot of time.  Try it, you might like it.