I Can’t Sell the Software I Own 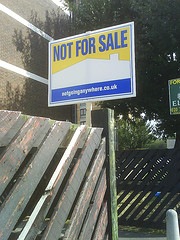 I was listening to This Week in Tech (TWit) earlier this week as Leo Laporte and crew were discussing a recent ruling by the US Court of Appeals for the 9th Circuit.  The case was VERNOR v. AUTODESK, INC. and involved Timothy Vernor trying to resell used copies of AutoCAD on eBay.  Vernor claimed that he had the right to resell the software since he was the rightful owner.  Autodesk maintained that their EULA (End User License Agreement) prevented him from doing so.  The court ruled that according to the EULA, no one can resell the software even though they have legitimately purchased it.  The AutoCAD EULA says that you purchase the software with a license to use it and it is non-transferable.

I am not going to debate whether this is fair or reasonable, but it got me thinking about Software as a Service (SaaS).  The court ruling applied to shrink-wrapped software.  Most of us probably assume that if we purchase software, then we own it.  Most EULAs state that the company is not selling it to us, but licensing the software to use.  Given all the new releases, patches and updates that everyone goes through with shrink-wrapped software, do we really want to own it?

A lot of the applications I use everyday are SaaS.  I don’t own the software, I just use it.  According to the ruling in VERNOR v. AUTODESK, INC., I don’t own my copy of Microsoft Office 2007 or Apple iWork either.  Most EULAs say that you are just licensing the software.  In fact, I was looking at the EULAs of some of the applications on my PC and Mac and noticed that many of them say I can’t resell them either.

So if I don’t own the software and I can’t resell it, why am I purchasing it in the first place?  It’s like buying a car and telling me that I don’t own it and can’t resell it.  If that’s the case, I’m better off renting and paying a lower price.  Whether or not they intend it, the shrink-wrapped software companies are moving me to SaaS.

With SaaS I don’t purchase anything.  I don’t worry about owning it, I just use it.  I pay a monthly or annual subscription fee and just point my browser to a URL.  There is nothing to install, upgrade or update.  This is great for office productivity applications, but even better for server-based apps, since I don’t need a server and all the headaches and cost that goes with it.

You might think that purchasing software is cheaper than subscribing to it.  I assumed it was like leasing versus owning a car.  If I lease it, I pay for using it for a certain time.  If I buy it, I actually own it and can use it as long as I want and then sell it.  If I keep it a long time, buying the car is better.  If I buy Microsoft Office 2010 with Outlook, it will cost me $280 MSRP (about $220 at a discount).  If I subscribe to Google Apps, it costs me $50 per year.  So I need to use Google Apps for over 4 years to break even.  Since Microsoft will release a new version within that time, it will cost me more to continue with Office; if I don’t upgrade then I might come out ahead.  Fortunately Microsoft’s EULA says that I may transfer ownership of my copy of Office to another person, if I remove it from my computer.  So I could sell it, but then I couldn’t upgrade.  I would have to purchase a full version.  I am not picking on Microsoft, I am just using them as an example.

Leasing software or subscribing to it is less costly than owning it, especially if I want to keep up with the technology.  Since the recent court ruling involving AutoCAD makes it very clear that I don’t own the software I purchase, I would prefer to rent it on a subscription basis.  This way I save all the hassles of upgrading and managing a local installation.  I can also be sure that I’m using current technology.  Buying something that I don’t own doesn’t make a lot of sense to me.

What do you think?