Top Use Cases for Screen Security 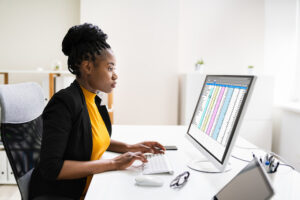 As more operations move to the cloud, employees, contractors, and partners access sensitive data through a browser or remote desktop.  Frequently users run reports to localize the data for further analysis.

Protecting this sensitive data when viewed on your computer or mobile screen is critical to protect the data from unauthorized use and ensure you aren’t subject to litigation and fines for violating privacy legislation.

Here are four use cases for using Screen Security to protect your sensitive data.

Protect PII and PHI on the screen

ERP, CRM, EMR, financial, and other business systems provide users with easy access to detailed personal and company information.  This information is not adequately protected against malicious or inadvertent screen capturing, especially with so many remote workers and people working from home.

Users can access sensitive data on web-based applications and share it with anyone.  They can capture the screen content with an image capture tool or by taking a picture with a phone.  This can lead to a data breach that violates privacy legislation and can lead to litigation, fines, and reputational damage.

Fasoo Smart Screen can block screen capture attempts from specific applications and websites by blocking access to sensitive content with a secure image warning users they are trying to copy sensitive data.  By allowing specific users to access applications while preventing them from capturing sensitive data, you minimize potential data breaches.  You can even forcibly minimize target applications when known capture tools are launched to deter further sharing of sensitive data.

Prevent pre-release of information in files and on internal websites

Stop data leaks by blocking screen capture attempts of product designs, media, and other sensitive information in files and on internal websites.

Internal websites showcase new products and other strategic information that employees and contractors need for planning marketing and sales activities.  Sometimes, these users take pictures of this information and use it for personal gain, send them to competitors, or share them on social media.

These actions may cause competitive pressures that can lead to loss of sales or market share if your competitors get ahold of them.  Since anyone with a phone can take a picture and share it, you need to deter this from creating a loss of competitive advantage.

Minimize the risk of data leaks by applying a visible watermark to trace sensitive data back to call or contact center employees.

Customer service and contact centers use virtualized or remote desktops to control access to highly confidential information.  Workers could take a screen capture of PII or take a picture with their phone and share that information with unauthorized people outside the company.  This is especially risky with outsourced vendors who may have a high turnover of employees and contractors, and who allow many people to work from home.

Anyone with sensitive data on the screen can easily use a screen capture tool or take a picture of the screen with a phone and share it with colleagues and friends.  If this information becomes public, your company may be subject to fines and litigation.

Reduce the possibility of customer and supply chain loss by blocking screen capture attempts of sensitive financial information in files.

Employees and contractors share documents containing sensitive financial information as they work with customers and suppliers.  Someone may create a document and share it or run a report from a financial system.  The users could take a screenshot of the content and share it with anyone, either inside or outside the organization.

If a public company shares this data prematurely, it may disrupt markets and run afoul of SEC rules.  If competitors have this data, they may undermine your supply chain or make a run at your customers with discounts and other strategies to steal them.  Since anyone with a phone can take a picture and share it, you need to stop this from causing problems.

Fasoo Smart Screen can block screen capture attempts of sensitive data in documents and apply visible watermarks to trace potential data leaks to the source.  Dynamic watermarks appear in sensitive documents and deter users from sharing images of them since the user’s name, timestamp and other identifying information are visible.  If a user tries to take a screenshot of the document, an image appears over the content preventing the attempt.  Administrators can see image logs of attempted screen captures to help address potential leaks with users.

Learn more about how Fasoo Smart Screen can help you protect sensitive data shared on screens.