SOPA and PIPA and Pirates Oh My 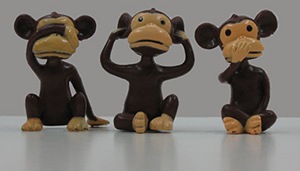 Two pieces of legislation before the United States Congress are intended, according to its supporters, to prevent Internet piracy and protect freedom and American jobs.  The Protect IP Act (PIPA) and the Stop Online Piracy Act (SOPA) are legislative responses to these threats.  Unfortunately, rather than protecting intellectual property and jobs, they would in fact impose bad regulations on American businesses and censor the Internet as we know it.

The stated goal of these bills is to stop copyright infringement by foreign web sites.  According to the Motion Picture Association of America (MPAA) and other groups representing the music and film industries, piracy is rampant and is negatively affecting their businesses.  They claim the only way to protect American jobs and businesses is with these measures.

The processes stated in the bills to determine if piracy and copyright infringement exists are at best vague and the remedies very draconian.  They put the burden on website owners to police user contributed material and call for blocking of entire sites.  In essence, every website would have to police anything and everything that goes and comes from it to ensure that piracy and copyright infringement didn’t take place.  This includes links.  If anyone suspects them of infringement, they can be shut down with a simple complaint.  This puts a tremendous burden on small businesses and entrepreneurs who do not have the resources to defend themselves.

Harvard University professor Laurence H. Tribe released an open letter on the web stating that SOPA would undermine the openness and free exchange of information at the heart of the Internet and would violate the First Amendment of the US Constitution.  The letter says:

“The notice-and-termination procedure of Section 103(a) runs afoul of the “prior restraint” doctrine, because it delegates to a private party the power to suppress speech without prior notice and a judicial hearing. This provision of the bill would give complaining parties the power to stop online advertisers and credit card processors from doing business with a website,merely by filing a unilateral notice accusing the site of being “dedicated to theft of U.S. property” – even if no court has actually found any infringement.”

In other words, an alleged violating website could be shut down by someone filing a complaint.  This is like putting someone in jail just because I register a complaint against them.  No judicial process.

Aside from legal issues, there are technical issues.  The bills want to use Internet providers to shut down sites by manipulating DNS entries and asking “the Internet” to do DNS filtering.  To the uninitiated this might sound great, but it’s akin to playing whack-a-mole, since an offending website could put up a new domain name very quickly and get around this.  It also would impact legitimate websites who may be caught in the crossfire.

There is also a misunderstanding of the opponents of SOPA and PIPA.  Proponents believe that if you are not in favor of the legislation, you are FOR piracy and copyright infringement.  That is not the case at all.  Many writers, websites and businesses that make their livings from content creation and protection are against it, including eBay, Facebook, Google, Twitter and Mozilla.  The idea to protect copyright is sound and should be done, but these bills do not really address the problem.

One problem is expressed well by Bill Wilson, president of the advocacy group Americans for Limited Government, who usually advocates for conservative and libertarian issues.  He says that SOPA has morphed into an Internet “kill switch.”  It would establish the “the precursor to a taxpayer-funded ‘thought police.”

As a business, a better way to protect your intellectual property is by using a persistent security policy.  This lets you encrypt documents and other content with a wrapper that lets you control who can access the information and how that person can use it.  If someone steals your product design or other valuable content, you can throw a “kill switch” on it and prevent any unauthorized person from seeing it.  You can do this with documents, pictures, videos and a whole range of file types.  Killing the content is a much better approach that throwing a switch on the Internet or a particular website.

Today, many organizations, such as Wikipedia, Google, Reddit and BoingBoing, are staging internet blackouts in protest of SOPA and PIPA. If you go to these sites, you are redirected to pages talking about this legislation and giving you options of how to contact your elected representatives to voice your opinion.  You can find detailed information in the Stop Online Piracy Act and Protect IP Act articles on Wikipedia, which are available during the blackout.

The White House and others are looking to rewrite these bills to make sense.  Let’s stop the problem by protecting the content itself, rather than trying to shut down the free and open Internet.