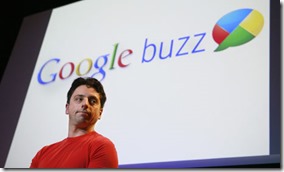 This week Google sent an email to all Gmail users describing a class action settlement regarding privacy complaints when they launched Buzz in February 2010.  A copy of mine is below.  The letter basically says Google made some mistakes, made changes to Buzz following public outcry and is setting up a fund to promote privacy education and policy on the web.  We the people can opt in or out of the settlement.  If you do nothing you are opting in and you get nothing, except giving up your right to sue Google.  If you opt out, you retain your right to sue.  You can read all the details of the suit and settlement at http://www.BuzzClassAction.com.

Has Google learned its lesson on violating user’s privacy without their permission?  I shall wait and see.  The boundaries of privacy are clearly shifting and some organizations’ definitions are different than others.  Google and Facebook are caught in a difficult situation.  They are trying to push the boundaries of technology while simultaneously creating more ways to generate revenue.  The best way to generate revenue is to use the data they have to push ads and targeted offers.  That’s fine except when they use my information without permission.  Pushing technology boundaries doesn’t require trashing my privacy.

Google thinks they know better than I do.  There is an assumption that I don’t know what I want and they do.  This is okay if you are creating something new and exciting, like the Apple iPhone.  I didn’t know what I wanted and they created it.  That’s how new markets are created.  If Buzz was something in Google Labs, that would have been a different story – there is an assumption that it’s not ready for prime time.  It feels like they threw Buzz out there and wanted to see who complained, privacy and security be damned.  When the yelling started they did a mea culpa and changed a few things.  And now we have arrived at this settlement.

My hope is that Google is genuinely trying to educate people on privacy issues and lead on policy creation.  The best way to do that is through actions.  This is a good first step.  When the Chrome Operating System comes out later this year or in 2011, it will be another chance for Google to put their money where their mouth is.  Ensuring user privacy and security should be at the top of their list.

Below is the contents of the letter I received in email.

Google rarely contacts Gmail users via email, but we are making an exception to let you know that we’ve reached a settlement in a lawsuit regarding Google Buzz ), a service we launched within Gmail in February of this year.

Shortly after its launch, we heard from a number of people who were concerned about privacy. In addition, we were sued by a group of Buzz users and recently reached a settlement in this case.

The settlement acknowledges that we quickly changed the service to address users’ concerns. In addition, Google has committed $8.5 million to an independent fund, most of which will support organizations promoting privacy education and policy on the web. We will also do more to educate people about privacy controls specific to Buzz. The more people know about privacy online, the better their online experience will be.

Just to be clear, this is not a settlement in which people who use Gmail can file to receive compensation. Everyone in the U.S. who uses Gmail is included in the settlement, unless you personally decide to opt out before December 6, 2010. The Court will consider final approval of the agreement on January 31, 2011. This email is a summary of the settlement, and more detailed information and instructions approved by the court, including instructions about how to opt out, object, or comment, are available at http://www.BuzzClassAction.com.