Is the FBI Request to Unlock an iPhone a Good Idea? 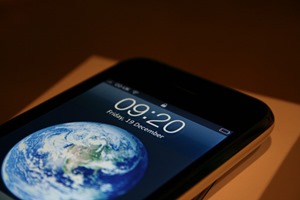 On February 16, 2016, a US judge ordered Apple to help the FBI search an iPhone belonging to the man responsible for the recent mass shooting in San Bernardino, California.  The shooting, which the FBI has classified as a terrorist attack, is under investigation and the agency is trying to understand details that they are hoping to find on the shooter’s iPhone.

The phone is protected by Apple encryption and user credentials, and the FBI hasn’t been able to hack into it.  The judge ordered Apple to disable or bypass the functions that protect the phone by erasing data after a number of failed attempts to access it.  This, according to the order, will assist the FBI in its investigation.

Apple CEO Tim Cook has refused to comply saying that if Apple does this, then any government agency could ask them to do the same thing and violate personal privacy and security.  Currently Apple does not have a way to hack into the phone, according to Cook, which is one of the reasons that consumers consider iPhones to be very secure.  If I lose my phone or someone steals it, after failed access attempts, my personal information will be wiped or erased.

There is a lot of dialog in the tech and security industries about this topic with people weighing in on both sides of the issue.  While law enforcement needs to do their job, the privacy and security of personal information is a critical underpinning of current data privacy and breach notification legislation both in the US and abroad.

Bill Blake, President of Fasoo, Inc., was quoted in an article in Security Week by Eduard Kovacs as supporting Apple’s position.  This is the entirety of Bill’s statement:

“As a company whose primary business is the encryption and protection of confidential data we support Apple’s position to resist the government request to provide a back door to encrypted data on the iPhone. Should Apple be forced to comply with the government request there is no guarantee that the back door won’t be used in any circumstance that the government deems necessary. All you need is another Edward Snowden in the right place to expose the code necessary to unlock data and our entire way of life will be at risk.

If the government invokes the All Writs Act of 1789 to justify an expansion of its authority we will all evidently be at risk of exposing our personal information and communications. Unfortunately, I believe that is where this is heading.”

You can read the entire article here.

What is your opinion on this case?