How Would You Protect The Next James Bond Script? 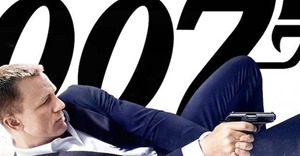 Sony Pictures is still reeling as revelations emerge from an enormous cyberattack on the company’s networks and computers.  Hackers, called the Guardians of Peace (GoP), stole emails and numerous documents, including the script to the new James Bond movie, SPECTRE.  Producers of the James Bond films said they learned on the morning of December 13, 2014 that a version of the script was among material stolen and made public by hackers.

The FBI has now formally accused North Korean hackers as the culprits for the attack.  Speculation is that it might have been an inside job, which makes this an even harder pill to swallow.

The circumstances of this attack are unusual since the hackers threatened violence if Sony released it’s new picture, “The Interview”, which is a comedy that depicts among other things, the assassination of a North Korean leader.  Recent revelations from the hackers state that if Sony doesn’t release the picture in theaters, they will not release the stolen emails and other sensitive information to the public.

The Bond film franchise is one of the most lucrative in movie history.  Skyfall, released in 2012, brought in $1.1 billion worldwide for Sony Pictures.  Director Sam Mendes and the cast won’t talk about the plot, since that would diminish the buzz and possibly cut into profits when they release the film on November 2015.  Sony is concerned that the hackers may publish the new script or excerpts on the Internet.  Even though the script is protected by U.K. copyright laws, I don’t think the hackers will abide by the laws.

The fallout for Sony has been devastating with its stock dropping 10% in the beginning of the week.  Added to the problems it had a few years ago when its PlayStation network was breached, the company may face bigger and legal and financial problems.

Many companies look at this incident and think, “This won’t happen to me.  I’m not Sony.”  Perhaps Sony Pictures executives were saying the same thing recently.  Unfortunately it is still too easy to steal sensitive documents through hacking, insider threats and social engineering.  With the ease of moving electronic documents anywhere, at anytime and on any device, it’s inevitable that you will lose a sensitive document.

The best way to protect your sensitive information is to use Fasoo data-centric security.  This allows you to lock down and control your most important documents when you create them.  You encrypt and apply a centralized security policy to the document that controls who can access it and what they can do with it once they have it.  If you decide to revoke access to someone who has the document, you can do that with a click of a mouse.

If Sony used this technology, the hackers would have a bunch of useless files.  They might have them, but couldn’t read the information inside.  Sony and the makers of the new Bond film wouldn’t be scrambling to do damage control or worrying about the fallout from “The Interview”.

The loss of one sensitive document can cause devastating financial and legal problems for any business.  You might not be Sony, but you still have sensitive information that could bring your business to its knees, if it was lost of stolen.  Stop the possibility by Implementing digital rights management (DRM) technology that protects you, your employees, customers and business partners.

How do you protect your most sensitive information?

Tags
PreviousInsider Threats: Are You Prepared?
NextTop Tips To Prevent A Data Breach
Go back to list