Death By A Thousand Alerts 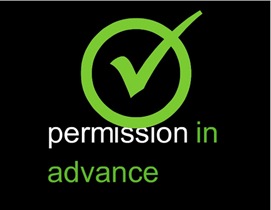 In the last few years, major copyright holders in the United States, specifically the recording (RIAA) and the movie (MPAA) industries, have been wringing their hands trying to prevent piracy and copyright infringement.  Peer-to-peer file sharing sites are accused as the causes of all the troubles in this game.

After successfully shutting down Napster many years ago, the industries thought they won, but other sites, like LimeWire and BitTorrent cropped up in its place.  Even punitive measures, like fining a student $675,000 in damages for illegally downloading 30 songs, didn’t seem to stop the problem.

The latest approach is to enlist the support of the top internet service providers (ISP) in the US.  AT&T, Verizon, Comcast, Cablevision, and Time Warner Cable all signed a voluntary agreement with the movie and music industries to crack down on online copyright infringers.

In 2009 France enacted the HADOPI law, also referred to as three strikes, to crack down on their copyright violators.  The law is billed as cracking down on Internet piracy and the French government says its goal is to change people’s habits, not prosecute them.  The French law says that a consumer will have her or his internet access removed and be blacklisted if they violate copyrights.  The three strikes refer to the 3 steps the ISP takes to get the consumer to stop violating copyright laws.  The first is an email, the second a certified letter and the third is suspended access – three strikes and you’re out..

With this recent agreement, copyright holders in the US want to implement a similar approach.  Some are referring to the US process as “six strikes”, since there are six steps.  As with the French approach, the emphasis in this agreement is supposed to be on education.  The steps are a series of Copyright Alerts warning users that someone has detected illegal activity and that they could be penalized if they don’t stop.  The consequences could be a temporary reduction of internet speed, redirection to a landing page until the subscriber contacts the ISP to discuss the matter, or other measures that the ISP may deem necessary to help resolve the matter.  This last item is a little concerning, because it could mean anything.

This new procedure is expected to go into effect next year. The agreement also sets up the Center for Copyright Information (CCI) to monitor the alert system and deal with infringement issues. According to the Memorandum of Understanding the CCI will have a six member executive committee with three members from content owners and three from the ISPs.  The CCI’s goal is to educate people on the cost of piracy and hope to prevent it.

I think the idea of education is a good one, since punitive measures haven’t work.  In fact it makes people mad and things typically get worse.  A better solution is to change the dynamic, much like Apple did with iTunes.  Give people a reasonable alternative at a good price.  With iTunes, Amazon, and many other download services, I can purchase this content for very little money with a few clicks.  Why wouldn’t I do it?

There are two problems with this new approach.  The first is that the content creators expect the ISPs to police the wires and decide which bits can travel the highway.  That’s like asking a state to decide which cars can go down a highway.  The carrier shouldn’t be in the business of deciding what’s on the road.

The other problem is there is no due process of law to determine guilt and punishment.  An Internet subscriber may request independent review by the CCI to invalidate the alert and avoid any punishment, but it’s not a judicial body.  And how does the ISP even know what bits are illegal?  They have to rely on the word of the copyright holder.  The information may not be accurate and puts the burden of proof on the consumer.  Getting an ISP to determine what is legal or illegal is not the right approach.

This step appears to be a capitulation from the ISPs to get the media companies off their backs.  The RIAA and MPAA tried the severe punishment route by suing people to death.  That didn’t work and caused a lot of bad feelings, so now they are trying the education route, which makes things sound like a public service.  It’s also a last ditch effort to keep the old ways of doing things.  Think about how the horse and buggy industry fought against automobiles.

Many companies, like NetFlix and Apple, are rapidly shifting to modern distribution models and giving customers what they want – a way to stream music and videos at a fair price.  The quicker they move to these new models, the better off the content creators and consumers will be.  Since NetFlix has relationships with movie and television companies, you would think this would be the route to pursue.  Most of us want to be honest and respect the rights of people who create content that we enjoy.

So how does this new process work?  You can find the details of the Copyright Alerts at the CCI page on Alerts.  But here is a quick summary:

Eliminating piracy is a good goal, but I think the content creators would be better off if they worked on new ways to distribute their content.  The world is changing quickly and people want to view what they want, when they want, on any device.  Eliminating the need for stealing content is the best way to go.